One Dad, One Son, One Very Long Walk 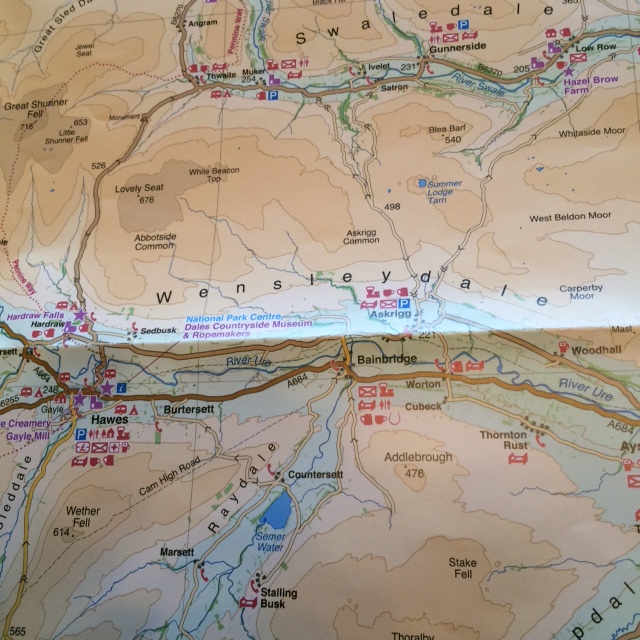 This was the original column, published on the Best Dad site and written in February 2016 that described the moment I first asked Alex about the Pennine Way…

It may be the stupidest thing I’ve ever done.

I’ve invited Alex out for a walk. Quite a long walk…

Alex, I texted, can you come downstairs when you’re ready. I want to put an idea to you.

Let me explain. I need to do something physical. I want a challenge. And I want to do it before my right knee decides the only thing it’s good for is a waiting list.

So I’ve had an idea. A walk, with my son. After all, we have our best conversations when we’re out walking the dog.

But I’m planning something a little longer. Five days on the Pennine Way. Maybe 80 miles. Sometime in the summer holidays…

Yes, of course I have doubts. I used to be really fit. But that was 20 years ago. The occasional glass of wine and the odd plate of cheese have passed my lips since then. The furthest I’ve walked is about five miles. At walking the dog pace.

But my worries are nothing to the outright scepticism I’ll face from the family. I can hear it now…

“Dad, every time you try to do something physical you get injured.”

“Yes, you do. You fell down that bank in the woods. And what about the time you tried to race Jessica up those sand-dunes?”

“Tore his hamstring.” My beloved will tick off the gory details…

“Or that time you tried to show off at football?”

“Damn it, you can put your back out emptying the dishwasher.”

“That’s not strictly accurate, darling. Your Dad can put his back out by sneezing as well. Or doing something really dangerous like putting his socks on.”

Someone was coming downstairs. Alex. “Any pudding?”

“Just put your stomach on hold for five minutes. I want to ask you something. You and your Mum.

…So I have this plan,” I explained. “I want to do a physical challenge. Before I’m too old. And something with Ben. Before the last of my children leaves home.”

“I’d like to go for a walk. On the Pennine Way. Five days. Maybe eighty miles. And I’d like you to come with me.”

Five days alone with his dad. Just what every 17 year old boy has at the top of his wish list.

Jane and Alex looked at me. Here it came…

As simple as that. And the die is cast. Some time in August my son and I are going to lace up our walking boots. Beverley will drive us to Middleton-in-Teesdale. We’ll head south towards the Tan Hill Inn, Hawes, Malham and Gargrave. Five days, five packs of blister plasters and 81 miles later we’ll reach Thornton in Craven.

I have no idea if I can do it. But I’ve made a commitment to my son – and to my ego – and I’ve five months to get myself fit. It’ll mean saying goodbye to a few old friends. No red wine between Monday and Friday. And no cheese – sadly between Monday and Monday.

But there’ll be compensations. I’ll be reunited with several pairs of jeans whose sole purpose at the moment is to mock me.

Not that I’ll be walking in jeans. No way. We’re going to do this properly. “I’ll need some of those Bear Grylls survival trousers.”

“Darling, you’re walking through North Yorkshire. Not the Borneo jungle.”

My wife was right. I crossed ‘machete’ off the list…